By Laura Marshall and Helen Marshall

As we come to the end of another year it’s traditional to look back and reflect on the major events that happened in the past year. Well, in case you’ve been hiding under a rock[1] or hiding out in an exotic country[2] for the last year—you know, because of that thing you did, which we won’t talk about here, but which we certainly do know about, wink wink—we’ve put together a list of the four events that rocked the book world in 2012.[3] 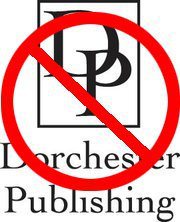 In March of this year, following a financially tumultuous couple of years, Dorchester Publishing officially closed their doors. John Backe, owner of Dorchester, filed a notice of foreclosure on the company after he failed to collect an outstanding $3.4 million loan. This caused a major disruption in the genre writing community since it was one of the major producers of science fiction, fantasy, and horror publishing.

After the official announcement there was a concern that Dorchester might begin selling rights to books they did not legally own the rights for during an auction for the company’s assets. Following an auction in August, Amazon acquired the publication rights for over 1,000 books from Dorchester though the question still remained which books were part of the auction. For a complete timeline of Dorchester’s decline check out Brian Keene’s website. 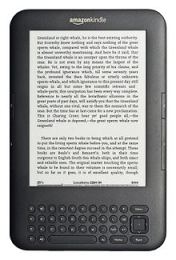 In April, the big news was that the Department of Justice in the U.S. filed suit against Apple, and five other publishers, over an alleged conspiracy to fix eBook prices. The department claimed that in order to fight against Amazon’s practice of selling books as low as $9.99, the publishers and Apple worked together to create an “agency model” where publishers could set the prices. This resulted in driving up the cost of eBooks.  Apple, Penguin, and Macmillan chose to fight the suit (to be settled in 2013), while Hachette, HarperCollins, and Simon & Schuster agreed to settle with the DOJ. One lawyer, who opposes the Justice Department’s proposed settlement, filed an amicus brief in the unusual form of a comic strip. …After all, a picture paints a thousand words. 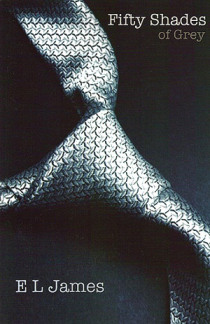 Unless you really were living under a rock this year—the kind of rock that doesn’t come with its own attached library—you may have noticed a little book called Fifty Shades of Grey that took over bookstores this year. Everywhere you looked there was an ad, review, or copy of E.L. James’ (originally self-published) Twilight fan-fic. It topped bestseller lists around the work and sold over 60 million copies worldwide. Its critical reception was mixed. Clearly many thought it was a brilliant piece of work,[4] while others were quick to point out the poor literary qualities of the book.[5] Most recently, in a move that surprised many, Publishers Weekly named E.L. James Publishing Person of the Year. This too was met with mixed reactions.  Check out this video reaction to the news from the Washington Post’s book critic Ron Charles. 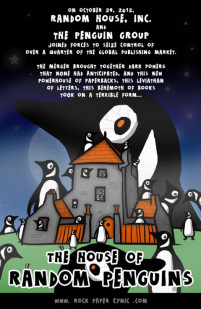 Finally, in October an announcement  (possibly as apocalyptic as what we’re expecting for 21-12-2012 ?) was made that Penguin and Random House would be joining forces to create the world’s largest publisher of consumer books. This new publishing giant would make up a quarter of the publishing market. What this means for the publishing world is still unknown though, amidst all the hair-pulling and gnashing of teeth, some smaller publisher are hoping this means they’ll be able to score some bigger authors who might turn to them since there are fewer publishing options available. …But, of course, the real speculation came from what the new company logo would look like. Check out some of the interesting possibilities courtesy of Digital Book World.

What other big changes have you seen happening in the publishing industry? Tell us in the comments!

[1] Or writing a dissertation.

[2] Or writing a dissertation.

[3] Because if you are on the run from the police and are hiding in an exotic country and/or under a rock, you definitely need to know about what’s been happening in the book world.

[4] Who are these people? Seriously?